Hello everybody, I am Soham Sahu. Today, I shall speak on the topic, Independence Day. Independence means, differently to all of us. Independence for the country means, freedom of self governance.

India celebrates, its Independence Day, on 15th of August, every year. On this day, in 1947, India got freedom, from the British rule. Later day, it’s celebrated as, national holiday in India. This year (2019) India celebrates its 73rd Independence Day. Key celebrations, are held, in our national capital, New Delhi. The Prime Minister of India, hoists the Indian Tricolor, at the Red Fort.

The salute of 21 gunshots are fired, and Indian National Anthem is sung on the day. Many foreign guests, are invited to its occasion. The ceremony  is telecast live, on National Television channels. The spirit of, love for nation, is in the air. The color of, Suffern, White and Green, spread the nation.

We Indians, pay tributes, to our freedom fighters, who laid down their lives, for our country. It’s a big day, to pledge our commitment, to our mother land and to say proudly… Vande Mataram, Jai Hind.

Thank you and have a nice day!

Use of Dustbin | Dustbins – Merits and Demerits [Debate]

Added to wishlistRemoved from wishlist 3

Added to wishlistRemoved from wishlist 0

My Role in COVID-19 Battle

Added to wishlistRemoved from wishlist 1 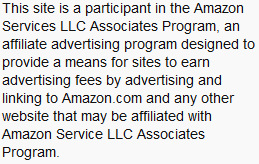 GET THE BEST DEALS IN YOUR INBOX